Nandia gives her baby the best start in life 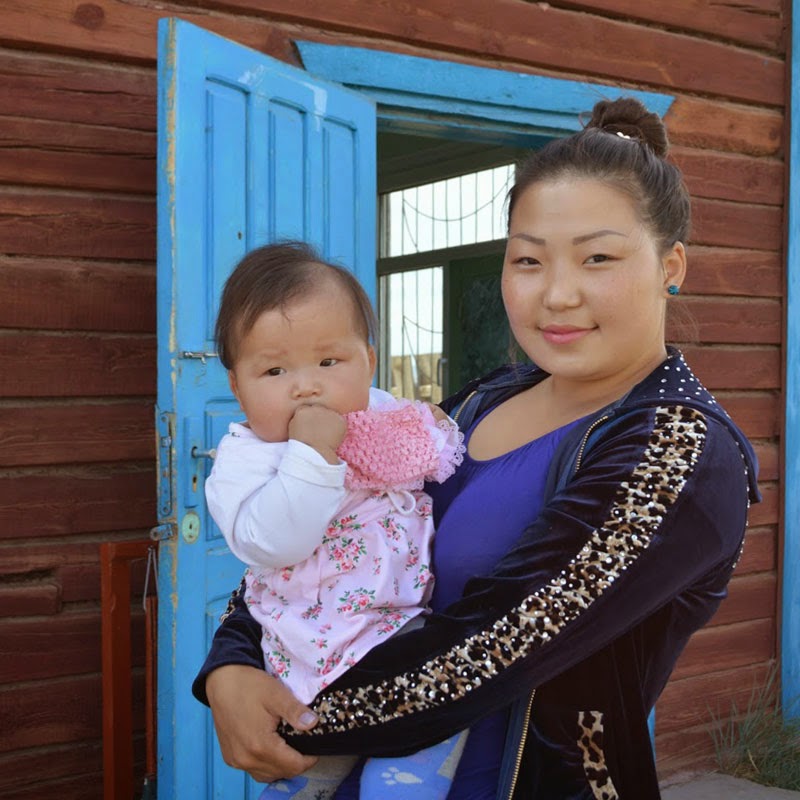 M.Bulgansor is happily playing on her mother’s lap.  As she giggles her mother, D.Nandintsetseg (Nandia), 19, looks down at her beautiful daughter and smiles.

Bulgansor is a happy and healthy 7 month old baby girl. She has never been sick and is getting bigger every day.  Her mother, university student Nandia, is convinced that her baby is so healthy because for the first six months of her life she only fed her breast milk.

Prior to giving birth Nandia received regular antenatal care at the Delgermurun Family Clinic in Murun, Khuvsgul.  She attended a range of training sessions for expectant mothers, including one supported by UNICEF on infant and young child feeding.  At this training, Nandia learnt the importance of exclusive breastfeeding for the first six months of a child’s life and made the decision take a year off from her university studies to exclusively breastfeed.

“From the training I realized the importance of breastfeeding,” Nandia says.  “It is important for a child’s health, growth and development, especially brain development.  Learning this made me decide to exclusively breastfeed my child.” 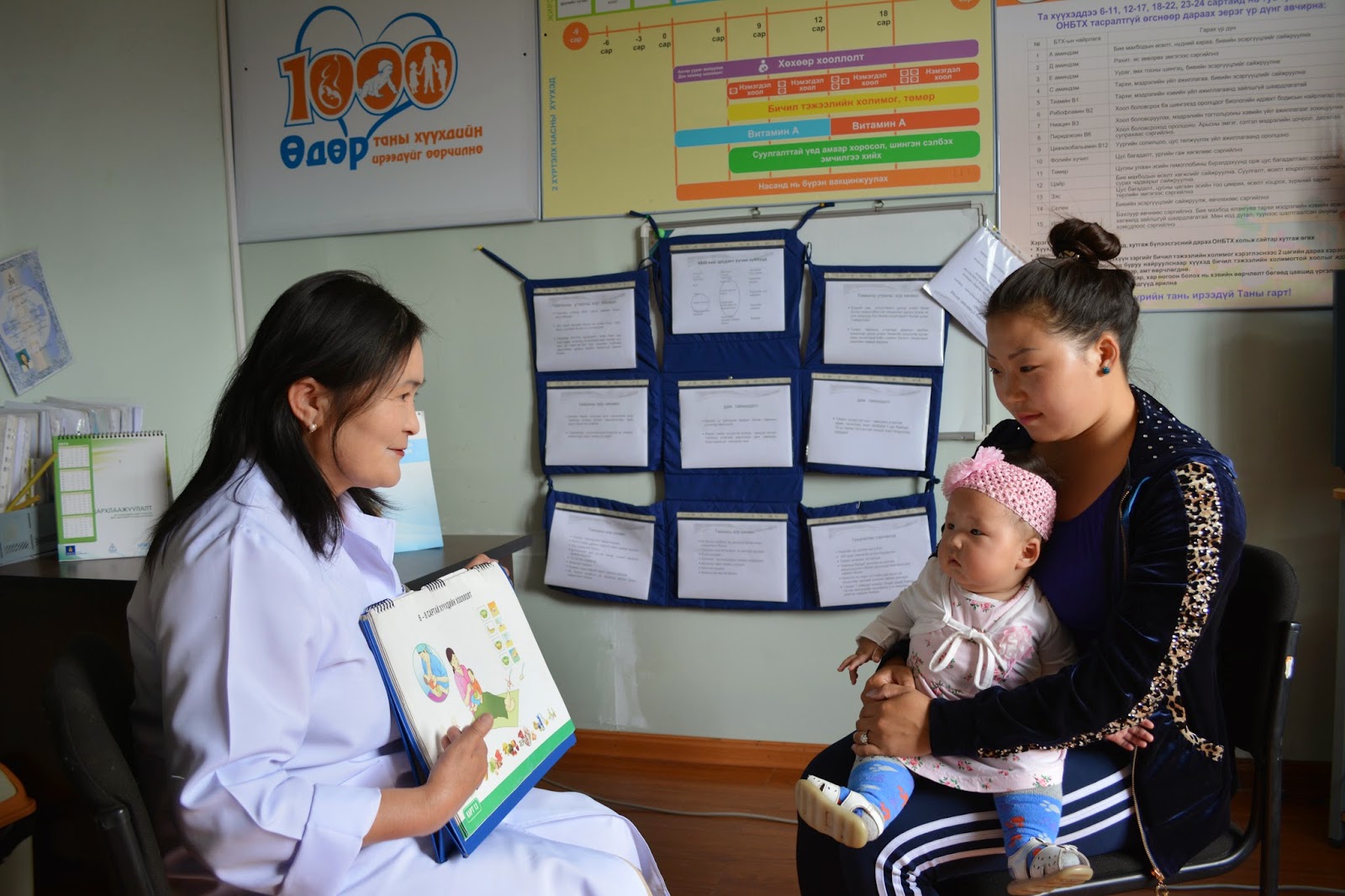 But not all young women feel the same way as Nandia.

Naranchimeg, is a nurse at the Delgermurun Family Clinic where Nandia received her training. “Most of the university students from Murun leave their children behind with their family to return to their studies,” she says.  “This means it is impossible for them to breastfeed”.

And it is not just university students who are choosing not to breastfeed.  According to surveys conducted by UNICEF and the Government of Mongolia, over the past 13 years rates of exclusive breastfeeding for the first six months of a child’s life have dropped, from 57 percent in 2005 to and to just 47 percent in 2013.

“This trend is very concerning,” says UNICEF Nutrition Officer Munkhjargal Luvsanjamba.  “Breastfeeding is one of the simplest and most cost-effective ways to support healthier children, and it saves lives.  Research shows that between 11 – 13 percent of all the deaths in children under five could have been prevented if they were exclusively breast fed for the first six months.”

“There are many barriers that prevent women from breastfeeding,” Munkhjargal says.  “Breast milk substitutes being promoted as better than the real thing, economic circumstances that force women to return to work which stop them from breastfeeding and women receive wrong information about what to feed infants and young children from some health care professionals,” she says.

UNICEF Mongolia is working with the Government of Mongolia, the Ministry of Health and other partners to reverse this downward trend. In Khuvsgul, UNICEF is working with local health officials to organize and support a range of initiatives promoting better nutrition for infants and young children, including encouraging mothers to breastfeed their babies.
These initiatives are having a positive impact and messages about the importance of breastfeeding are reaching mothers.

The information Nandia received at the training sessions not only empowered her to make the decision to exclusively breastfeed Bulgansor, it also helped her reject advice from her mother who wanted her to start feeding the baby other food earlier.

“When my daughter was four months old, my mother started advising me to give her sugary water and other foods like yoghurt,” Nandia says. “But I didn’t give her anything apart from breast milk, as I knew that was all my baby needed for the first six months of life,” Nandia said.

Nandia only started feeding Bulgansor other food when she was six months old.  And she continues to breastfeed her baby alongside solid food.

Now Nandia is preparing to return to her university studies at the National University of Mongolia to become a Communications Engineer. She had planned to leave Bulgansor with her family while she studied, but has now changed her mind.  Instead she will bring the baby to Ulaanbaatar so she can continue breastfeeding when she returns to her studies.

Nandia participated in the 120/80 health talk show on breastfeeding that was broadcasted nationwide on 4 August 2014 during Breastfeeding Week.  In the show she shared about her experience breastfeeding and encouraged other young mothers to breastfeed their babies.

Promote Your Page Too